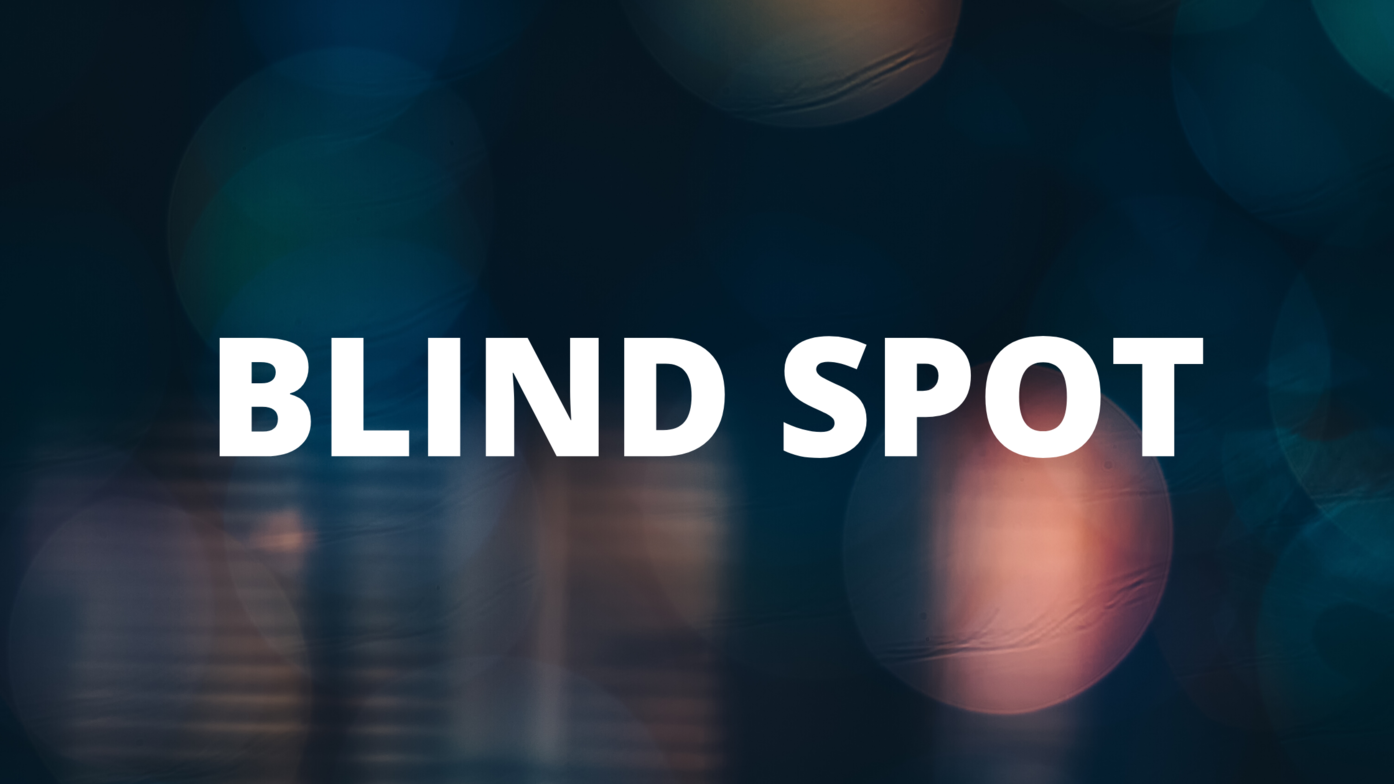 We all have them, and by definition, we don't know it. Usually, its something baked into our psyche - our DNA, if you will - that we carry with us without our knowledge or even our permission.

The Apostle Peter had such a blind spot about Gentiles (non-Jews). This is ironic considering how he was the first of Christ's disciples to be sent to bring the Gospel to a Gentile. You remember the story in Acts 10 where Peter has a vision of God commanding him to eat ceremonially unclean foods, which his meticulous practice of Judaism would never have allowed. He even argued with God about it. But then, as he was thinking about the vision a delegation from Cornelius, a Roman Centurion, came to request that he return with them to the home of this Gentile to speak with him. And God said, go.

So Peter went and even entered the home of this Gentile soldier and shared the Gospel, only to have the Holy Spirit fall on the entire household as they gave themselves over to the grace of Jesus. Peter and the other Jewish Christians who went with him stood amazed that God would accept Gentiles into His Kingdom without their first having to commit themselves to keeping the Old Testament law. But Peter accepted what God was doing and baptized these new believers in the name of Jesus.

Later, when Paul and Barnabas came to a meeting of the church leaders in Jerusalem to defend their preaching the Gospel to the Gentiles in the north, it was Peter who came to their defense and to the defense of Gentile believers, reminding the church of how God had led him to preach to Gentiles and how they had been received into God's Kingdom by the Holy Spirit, Himself. He seemed to be a champion of the Gentile believers.

Which is what makes the Apostle Paul's account in Galatians 2 so disturbing.

11 When Cephas came to Antioch, I opposed him to his face, because he stood condemned. 12 For before certain men came from James, he used to eat with the Gentiles. But when they arrived, he began to draw back and separate himself from the Gentiles because he was afraid of those who belonged to the circumcision group. 13 The other Jews joined him in his hypocrisy, so that by their hypocrisy even Barnabas was led astray. 14 When I saw that they were not acting in line with the truth of the gospel, I said to Cephas in front of them all, “You are a Jew, yet you live like a Gentile and not like a Jew. How is it, then, that you force Gentiles to follow Jewish customs?

This "champion of Gentiles" had a blind spot. Though he had reached out to them and even honestly defended their rights within the church, the old cultural attitudes and prejudices against Gentiles were baked into his DNA. When surrounded by other Jewish believers, he tended to keep to his own kind and separate himself from Gentile brothers and sisters. And while the Gentiles surely saw it and felt it, it was only the Apostle Paul, a Jewish believer himself, who called it out.

Now if the Apostle Peter who walked with Jesus and was reinstated by Christ himself to "feed my sheep" had a blind spot baked in by the attitudes and prejudices of his culture of origin, isn't it possible that we could too? Isn't it possible that those of us who have grown up in the dominant culture of America might blindly carry attitudes and prejudices that have been baked into that culture through centuries of misunderstanding, injustice, finger-pointing, and isolation? Are we immune to that which afflicted Saint Peter?

Nobody likes to be accused of something in themselves that they can't even see. Peter could easily have responded to Paul by pointing out that before Paul was even preaching, he had led the first Gentiles to Christ. He could have reminded him how it was he, Peter, who stood before the whole church to defend the rights of the Gentiles! Who was Paul to talk about his prejudice against Gentiles at this dinner? But it was true. And by definition, Peter needed someone to point it out because we cannot see our own blind spots.

In light of the events of these last couple of weeks, are those of us who arise out of the dominant culture willing to hear what black America is trying to tell us about their experience of our culture? Are we able to accept the possibility that we have blind spots when it comes to the inequities and injustices of the system we believe in and trust? Are we able to set aside the questions and facts of each individual incident and instead consider the broader questions that the culmination of incidents communicates not just to us, but to our fellow Americans?

Of course, one of the problems with discovering blind spots is that once they are revealed we become responsible for them. This is the reason we can be so resistant to accepting that we might have one. If it is true, then it requires that we change. So, instead, people tend to distract, deny, and point fingers rather than seriously consider whether or not we really have a blind spot. Friends, if there is anything the week or so have indicated to me is that as the dominant culture of America, we have a blind spot when it comes to systemic racism. And as followers of Jesus, the love of Christ compels us to acknowledge that and prayerfully consider what we, as His church, can do about it. This is not a political statement, it is a theological one. Politics have been trying to solve this issue for generations from both sides of the aisle with only surface-level success. But we know that...

14 Christ himself is our peace, who has made the two groups one and has destroyed the barrier, the dividing wall of hostility, (Eph. 2:14)

28 There is neither Jew nor Gentile, neither slave nor free, nor is there male and female, for you are all one in Christ Jesus. 29 If you belong to Christ, then you are Abraham’s seed, and heirs according to the promise. (Gal. 3:28-29)

So let's ask Jesus to reveal and redeem our blind spots, that we might love with His love and promote the peace and justice of His Kingdom for all.

Jan 24
Prayer for a Church at the Wall